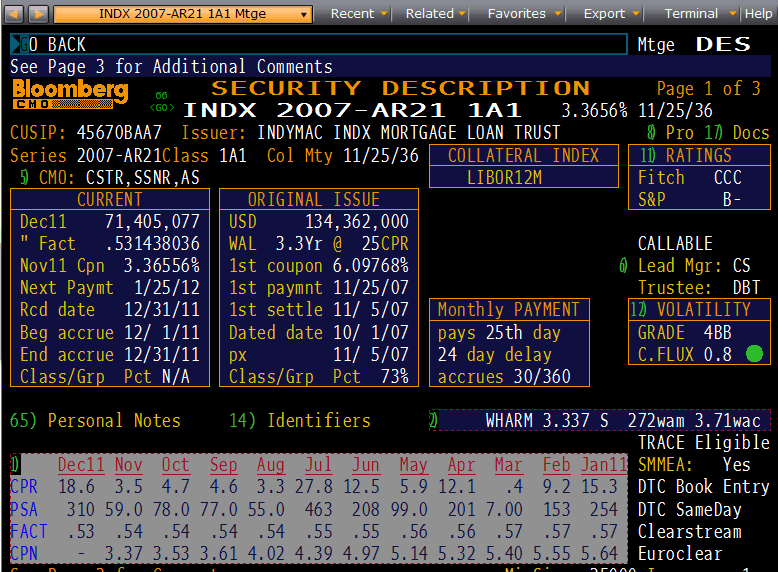 A new foreclosure rescue scam promises to help distressed homeowners keep their homes through the use of a “securitization audit.” “The only problem, according to investigative firm Mortgage Fraud Examiners: These “hucksters” are charging fees for information that’s free to anyone for the asking, and knowing who owns the note won’t save anyone’s home.”

“These questionable outfits target desperate families, giving them the impression they can make their mortgages disappear if they just pay for a securitization audit,” said Mortgage Fraud Examiners founder Storm Bradford. “The idea is that the securitization audit will reveal the true owner of the mortgage, and that information can show the court that the foreclosing lender has no claim to the property. But here’s the thing, anyone can find out who owns their note by just asking the question. There’s absolutely no need to pay for a securitization audit, but the peddlers of this scheme count on the fact that the average homeowner doesn’t know that.”

In addition to the financial hit, securitization audits usually deal homeowners another blow: They’re not typically even admissible in a court of law. Attorney Gregory Bryl, who practices in Florida and Virginia, and employs the services of Mortgage Fraud Examiners explained: “Most ‘securitization audits’ that I have reviewed are inadmissible in a court of law; they contain a mere opinion of a layman without personal knowledge as to what happened with a particular mortgage note after closing. Attorney Thomas K. Plofchan, Jr., who practices in Sterling, VA, another Mortgage Fraud Examiners client, contends that “the only proven method for securing evidence critical to a homeowner’s claim against the lender is a thorough examination of the mortgage contract to identify errors, breaches, omissions, fraud, statutory violations, and/or predatory/unfair lending practices.”

In addition to Attorneys Bryl and Plofchan, many others have become increasingly outspoken in their criticism of this scam: http://www.nakedcapitalism.com/2011/05/new-homeowner-scam-mortgage-securitization-audits.html and http://mattweidnerlaw.com/blog/?s=securitization+audits&search=Search.

“Every homeowner facing foreclosure has fantasized about getting his home free and clear because his lender screwed up,” said Bradford. ” It’s only natural, but the fact is the only homeowners getting a home free and clear, and/or been granted other compensation have succeeded after a thorough analysis of their mortgage transactions revealing tortious conduct or other weaknesses in the contracts they could use to attack their loans.