Why would anyone pay thousands of dollars to try to get their loan modified by ‘Joe the Modifier’, when the federal government and several non-profits will do them for free?

Ashburn, Virginia – Renegotiation of mortgages is a central part of the government’s strategy to turn around the housing crisis, slow the collapse of home values, and strengthen financial institutions carrying bad loans. Yet the entire effort is failing, and homeowners are seeing little relief. With record numbers of foreclosures and homes in default, many distressed homeowners have been turning to loan modifications or audits to resolve their financial difficulties.

Mortgage Fraud Examiners CEO, Storm Bradford states, loan modifications, as a rule, are a sham because 80% of the homeowners are being turned down, and of the remaining 20%, 53% are in foreclosure within six months. Since loan mods are a failure, you now have audit companies popping up all over, and the majority of these companies aren’t qualified.” Bradford goes on to say, “these loan audit companies aren’t qualified because they don’t have the legal knowledge necessary to deal with such matters. Why would you go to anyone that isn’t a legal professional to deal with legal matters? You’re dealing with statutes, regulations, torts and all types of legal anomalies. Having been a mortgage broker, real estate agent, or loan processor does NOT qualify you to do loan audits. Some companies promote themselves as being attorney-backed, but that is misleading the public, he says. They try to give impression that they have something to do with attorneys, but they usually don’t.”

“Moreover, most loan audit companies are using the same software that the mortgage companies and banks were using to make sure they were in compliance with the laws. I guess what I don’t understand is that if this is the same software that allegedly was keeping the banks in compliance, how could software audit companies find violations of non-compliance if the software was keeping the banks in compliance in the first place? Anyone with two brain cells to rub together can see that’s a joke! We train attorneys and the input from most of the ones we’ve spoken with was they stopped using this software audit; the consensus of opinion was they were ‘useless’, says Bradford.

“With estimates that up to 90% of all mortgages are problematic due to things like lost notes, appraisal and mortgage fraud, Mortgage Fraud Examiners is the company to turn to”, says Bradford. “We perform our audit analysis by hand, looking for and finding violations that software can’t. Most importantly, we know what to look for, red flags that the layperson wouldn’t be able to find. Matter of fact, Mortgage Fraud Examiners is the only company that not only has legal professionals performing audits by hand, we are the only company also identifying State violations, as well as Federal violations; and we provide a forensic appraisal as part of the audit process. Why a forensic appraisal? The statistics show that appraisal fraud was and is rampant, and a major cause of the current housing dilemma!”

“Often, mere Loan Modification, does not even reduce your monthly payments, and almost never reduces the principal of the loan. However, evidence within a forensic appraisal and forensic document analysis, can be used by local attorneys in each State to take legal action, or used as leverage for meaningful loan modification negotiations. When lenders face a possible lawsuit after an audit, they suddenly become more cooperative in renegotiating actual write-offs of principal, lower interest rates, and much lower fixed rate loans. 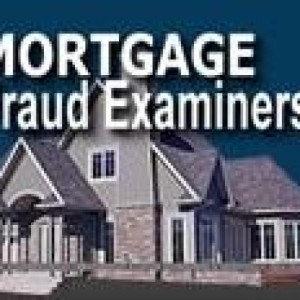